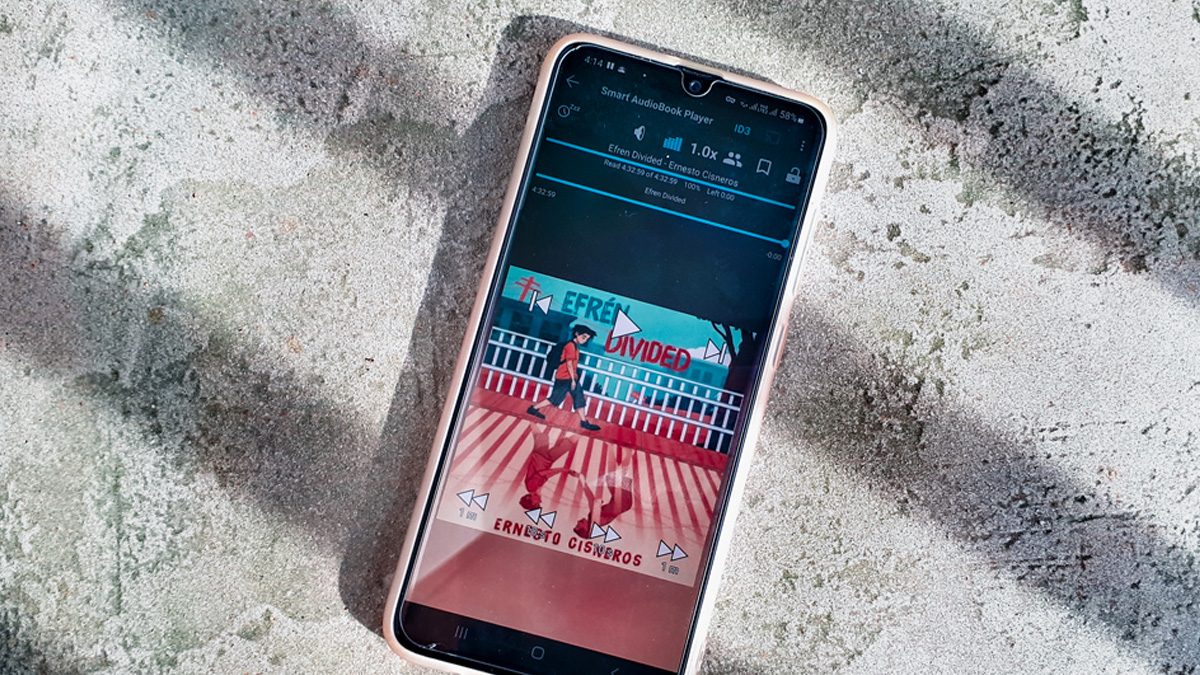 Just when I thought I was too old for all the middle-grade and YA books, I discovered Ernesto Cisneros’s Efrén Divided, the most perfect middle-grade novel ever written. It has become one of the best books I’ve ever read.

The story is about a Mexican family living in California under the risk of ICE raids on undocumented families. Efrén is the oldest in the family of five. Amá, Apá and the twins: Miya and Max. Efrén describes Amá as a “soper-woman” (she is really good at making Mexican sopes, Efrén’s favorite) Suddenly this little happy family faces troubles as their mother gets deported back to Mexico during an ICE raid. To bring her back Apá has to work two jobs and Efrén has to take care of the twins while studying. It is not an easy job for Efrén. Sometimes, I was amazed by the way he handled everything without losing his mind. He has to keep his mother’s deportation a secret, even from his best friend David, not to put his whole family in danger. It’s his time to be the “soper-brother” and “soper-son” now.

This is one of the best audiobooks I have read this year. The audio-book version was narrated by Anthony Rey Perez.I always prefer an audiobook if the story includes foreign words or dialogues, in this book it was Spanish. The Mexican food mentioned in the story just had me craving for Mexican food during this Pandemic. Sopes, paletas, pan dulce, Taquitos churros, conchas..etc. Even though I did not know what half of these foods were, I made sure to Google search their recipes to make myself some Mexican delights during the pandemic. I love reading about food in stories. They make me comfortable and happy. It also makes me closer to the cultures and the people I read about.

I like it despite this being a middle-grade children’s book, the ending was kept realistic as it should be without really disappointing the readers. The author’s motive in the story was not to give a 100% happily-ever-after ending. In my opinion, it was to create an opportunity for the readers to the truth behind undocumented families. Why do they illegally immigrate to better countries? To create a better future for the children. It is sad and challenging for the families divided by borders but they stay separated so their children could have a better education, better comforts in life.