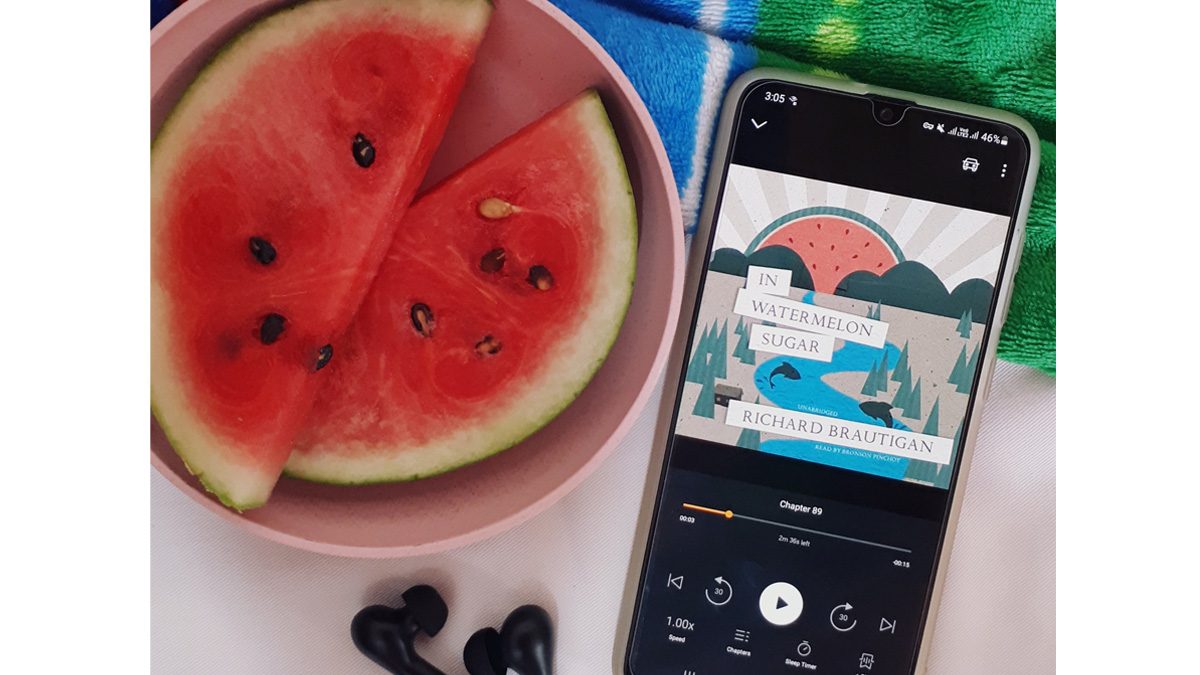 The story happens in a dystopian timeline in a place called iDeath. The sun rises as a different color each day and everything is made out of Watermelon Sugar. As for the animals in iDeath, there are trout in the rivers that are only inches wide. There used to be tigers who could talk in the past. Most of them were hunted to extinction as they were dangerous. When the protagonist was a kid, two tigers came up to his shack and ate his parents, and helped him with his arithmetic. It was written in a genuine way, I had to drop the book and laugh for a good five minutes. Everything in iDeath is made out of Watermelon Sugar: a sugar substance that has the ability to be molded into literally anything—watermelon seeds ink, watermelon-trout oil, watermelon window glasses, watermelon bridges, and even the sugar is made out of watermelon sugar.

There is nothing specific that readers may take away or learn from the novel. I absolutely loved the audiobook. The way the narrator reads the dialogs of female characters and males and even of tigers was super entertaining. I really do not like when the audiobook narrators do dialog narrations of the opposite genders in an awkward manner. However, Bronson Pinchot has a great voice. He even narrates different female characters’ dialogues quite distinctly. There is quite a bit of hype surrounding this novel regardless it was written in 1968. It is said that Harry Styles’s song “Watermelon Sugar” was also inspired by this novel.