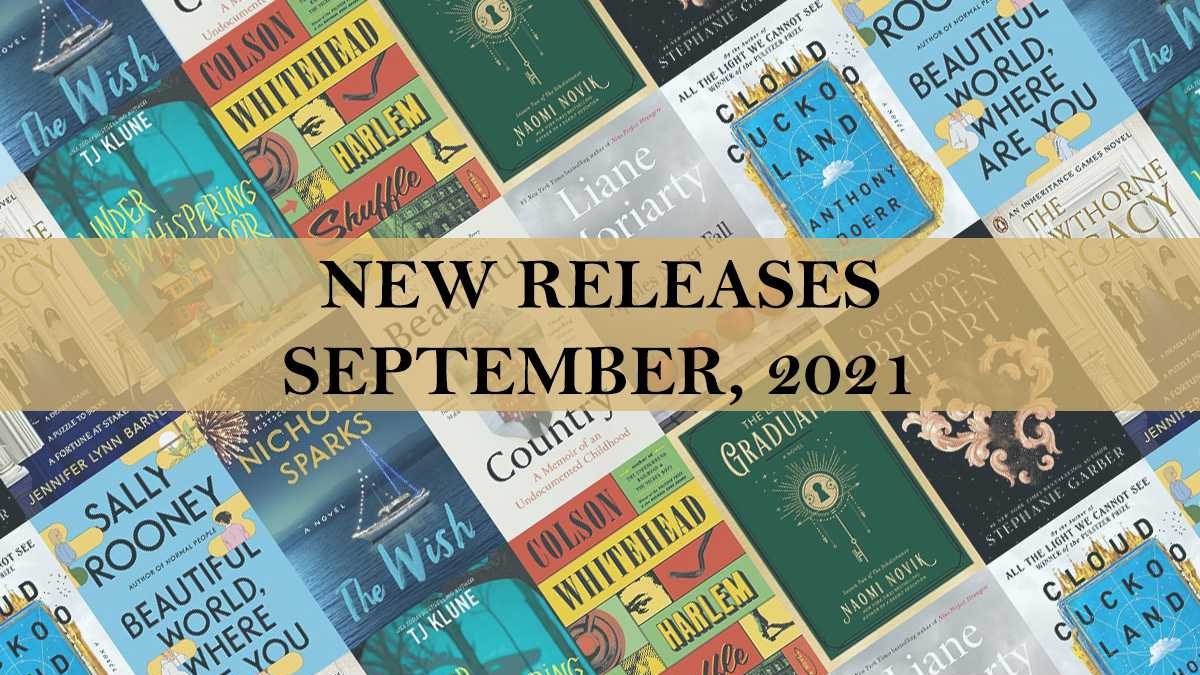 September is already around the corner, and there are a lot of wonderful books coming out! I figured these are the top 10 that would be the most anticipated for September. Check it out and let me know if I’ve missed a book you’re anticipating.

Expected to release: September 7, 2021
Genre: Memoir
The blurb: Qian Julie Wang’s memoir is an extraordinary narrative told from a child’s perspective after she and her family moved to America and found out It was not the ‘Beautiful Country’ she thought.

2. Beautiful World, Where Are You by Sally Rooney

Expected to release: September 7, 2021
Genre: Contemporary Fiction
The blurb: The upcoming release of the bestselling author of Normal People and Conversations with Friends, Sally Rooney. A story of four adults wanting to find a ‘beautiful world’.

Expected to release: September 14, 2021
Genre: Crime & Thriller
The blurb: Pulitzer-Prize-winner Colson Whitehead’s upcoming new release is a crime fiction novel woven around a family set in Harlem in the ’60s.

Expected to release: September 14, 2021
Genre: Contemporary Fiction
The blurb: A thrilling story about the disappearance of a retired woman after they invited a stranger into their life. The children of the women begin to suspect if the father was behind it all.

5. Under the Whispering Door by TJ Klune

Expected to release: September 21, 2021
Genre: Fantasy
The blurb: After the Best Selling novel: The House in the Cerulean Sea the writer is back with another book with another exciting novel. The story is about the reaper who was supposed to move onto the Afterlife but refuses to do so because he fell in love with the ferryman. Probably this is my personal most anticipated book on this list.

6. The Wish by Nicholas Sparks

Expected to release: September 28, 2021
Genre: Contemporary Fiction
The blurb: From the writer of world-famous novels like The Notebook and A Walk To Remember, a perfect Christmas novel is coming up in September. Crippled by a disease, the famous photographer, Maggie sits by the Christmas tree, and recalls her first love, and makes a wish about a secret she kept for years.

Expected to release: September 28, 2021
Genre: Literary Fiction
The blurb: Anna, a 13-year-old orphan, lives in siege of Constantinople with embroiders of priests’ vestments. She learns to read and discovers a book, the tale of Aethon, who longs to be transformed into a bird and soar to a utopian paradise in the skies.

Expected to release: September 28, 2021
Genre: YA
The blurb: A sequel to A Deadly Education. A young dark sorceress trying not to utilize her tremendous abilities unearths more world secrets.

Expected to release: September 28, 2021
Genre: YA
The blurb: The Inheritance Games sequel is coming back with now heiress Avery Grambs has to find answers to all of her questions – including why Tobias Hawthorne left his entire fortune to Avery, a stranger, rather than to his own grandsons.

10. Once Upon a Broken Heart by Stephanie Garber

Expected to release: September 28, 2021
Genre: YA
The blurb: When her true love is ready to marry another, a young lady makes a vow to the Prince of Hearts that proves to be much more perilous than she anticipated.